Blast from the Past: a karaoke origin story, written in 2011 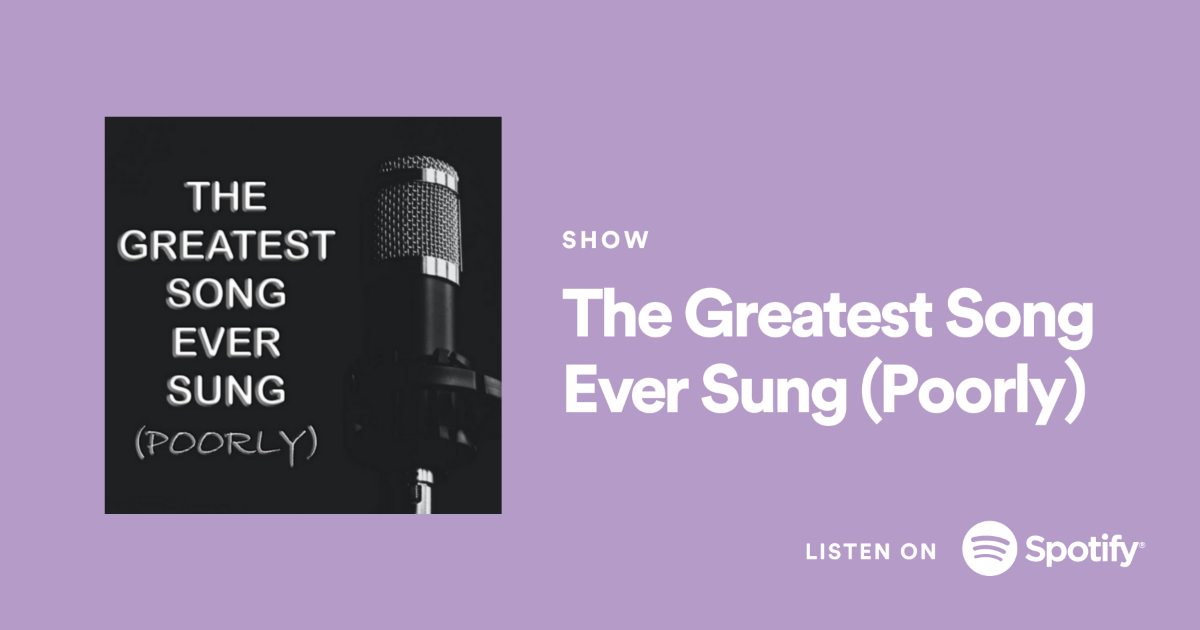 I found an old blog post from a forgotten blog I tried to run a decade ago. Since we've referenced this time on the show, I figured I'd post a slightly edited version to kick off the blog portion of our page here.

“I cannot name this / I cannot explain this  And I really don’t want to / just call me shameless / I can’t even slow this down / let alone stop this / and I keep looking around / but I cannot top this” – Ani Difranco, “Shameless.” Dilate. Righteous Babe Records, 1996.

I’m not sure where a lack of shame ends, and No Shame begins.

That’s actually not entirely true.  No Shame began in Indiana, Pennsylvania over a dozen pints of Guinness and little slips with our names written on it.

Wearing something like this in public probably indicates having no shame better than the image on the shirt itself.

While I was in graduate school, I was working part-time at a video store to pay for incidental expenses.  The manager who hired me had just left, and was replaced by a tall, lanky kid that was equal parts excitable puppy and dead baby jokes.  This, of course, meant our personal relationship would supersede any kind of business connection.

What can I say? I like puppies and dead baby jokes.

Adam was new in town.  He knew a few people who were in the undergraduate program. I made sure he met some people in the graduate department via our weekly Texas Hold ’em tournament and various bar related activities.  At the time, I was the Social Director for the English Graduate Organization, a position I thought of as an excuse to make academics drink.  Not surprisingly, the department was split into two types–studious homebodies and outgoing type A personalities.  That spring semester, the former outnumbered the latter, which meant our weekly social event was often sparsely attended.

Honestly, I didn’t mind that.  Being Social Director was taxing. I much preferred the private nights, like the poker game, where I was only obligated to be nice to the people to whom I wanted to be nice.  The nights that I started events, I often didn’t finish them–once I got the ball rolling, I felt I had done my due diligence.

So, one night, sitting around Culpepper’s with six of my closest acquaintances, my phone blinks “Karaoke. Coney. Now.”  It was an easy call.  I had done karaoke a few times with my NYC nerd friends, and enjoyed it, so the choice of spending time with someone I genuinely liked versus people I had to pretend to like? No contest.

Also, Guinness was on special that night, I think. I will definitely cross a street for discounted Guinness.

Or Guinness that isn’t discounted.

Karaoke quickly became a weekly routine.  Then, a biweekly routine.  Eventually, we began looking like warbling, drunken versions of Renton and Sick Boy.  DJ Jammin’ Jim, our regular karaoke DJ after the Coney stopped having it regularly, became our Mother Superior, to continue that Trainspotting allusion. Quickly, we became known entities on the karaoke scene in Indiana–Adam, for doing amazing Johnny Cash songs that often got our drinks paid for, and me for, um… enthusiasm? Gregariousness? A sense of “hey, if that guy can do it, then so can I, right?”

It is not an exaggeration to say that this time spent drinking with Adam and being obnoxious in public radically altered my life, for better and for worse.  Hell, right now my relationship with karaoke has lasted longer than my marriage did, come to think about it.

Adam and I developed a reputation for being the guys who would do anything (not "could do anything," but "would").  This is how Indiana County got treated to various versions of “Cotton-Eyed Joe,” “Stayin’ Alive,” and other songs well beyond our ranges and abilities. We even did a strip tease to the tune of Right Said Fred’s “I’m Too Sexy.”  We thought about actually going shirtless, but realized we couldn’t handle a banning from the Ironwood Bar & Grill, so we modified it somewhat.  We took our ties off and then tossed them into the crowd, and then popped the buttons as we ripped off our dress shirts to reveal…

… another tie and dress shirt combo underneath.

Gradually, our little group of karaoke friends grew to include other regular contributors, most of whom were willing to try anything and everything for the sake of amusing one another.  Some of us had skill. Others, swagger. One of the group from that time period (with whom I’ve lost contact) took the mic with what another friend called “confidence beyond her appearance and abilities.”

It was meant as a compliment. Honestly.

That group of course disbanded, as groups often will.  Relationships formed and ended. People moved. I moved.  I ended up in another small town in the middle of nowhere not far from where I started.  Adam moved away and came back.  The core of us all ended up within the same general bar radius so, in a new town, hijinks resumed.  New faces came along.  New songs were sung. More drinks were consumed.

And shirts were made.

Just joking around one day, one of us–I forget whom, but probably me–said that since we were all going out and singing together, we should get shirts made.  The next day, either while asleep or doing laundry–the two things I tend to do on days I’m not working–our friend Kurt calls and says “We’re driving to Johnstown. I know a guy who makes shirts.”  And, within a few weeks, we all had matching shirts.

And we had a good, year-long streak as a happy karaoke family. We wore our shirts like the world’s dorkiest co-ed fraternity. We had theme nights. We made a YouTube page. Not surprisingly, with any group dynamic, things changed again over time. Relationships formed and ended. People moved. I moved (admittedly, this time, simply down the road from where I was living previously). The shirts got relegated to their respective closets for a while.

They’re starting to come back, as of late.  I just got done reading Pledged: the Secret Life of Sororities by Alexandra Robbins, and that prompted me to start thinking about our little group all over again. Most of the ones who are still around still hang out, both at karaoke and outside of karaoke. The ones who have moved to other areas still keep in touch.  And, much like the real sororities and fraternities out there, our rituals and secrets are where the bond gets cemented.  We come up with random theme nights based on song choice and sometimes costumes. We’ll have “bucket nights,” where each singer picks his song out of a bucket of group-generated songs and do whatever comes his way. We get together to plan crazy, wonderful ideas that, well, often never come to fruition but are fun to play around with. And since we have no real affiliation with any larger body, no dues to be paid, and no one to answer to aside from our own limits and liabilities, we can still get by with what passes for hazing in our little karaoke scene.

Our form of hazing is a fairly straightforward, simple one.  You give yourself over to us for the night.  We pick your songs.  We mock you, laugh at you, and laugh with you.  Hopefully, you begin to laugh at yourself.  Life’s too short and depressing to constantly worry about how we look, or what’s going on in our lives, or how the economy sucks and how we’re seriously moving to Canada if ____________ gets elected.  With the right group of people, the right songs, and the right drinks, everything else seems a little bit more manageable for a few hours.

Wednesday night, we’re initiating Casey.  He’s a great singer, so it’s going to be tough to push him to the limits of shame.