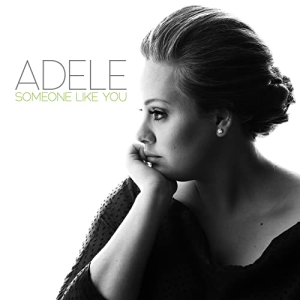 If you're wondering what this is referring to, check out the previous post in this series: Time Out's Top 50 Karaoke Songs of All Time - an experiential quest

Well, my decision to start at the bottom of the Time Out list and work my way up their "Top 50 Karaoke Songs of All Time" ladder was an interesting one, to say the least. I'll admit--there were parts of me that weren't looking forward to starting the night of with this song. My favorite local karaoke spot has just recently reopened (as I mention in Wednesday's upcoming episode) and, with the glisten of newness from the remodel and people being anxious to get back to a well-loved local place, it was fairly crowded--and with people our group didn't recognize, which was a rarity in the "before times." I will say, though, that this is a song I have done before, so while it is a stretch in terms of singing ability, it's a familiar song that is enjoyable to sing--but, at karaoke?

Adele's 21 is, by any reckoning, not the... most upbeat album around. Widely regarded as a "break-up" album, there's a lot of melancholy to be had in its eleven songs. This one, though--there's a lot to love in this song as a song. There are changes in tone and rhythm that make the entire feel unsettling; it's hard to stay planted on the ground with it in the way that her cover of "To Make You Feel My Love" on her previous album, 19, keeps you glued to the firmament. Take, for example, this part, as listed on lyrics sites:

Nothing compares, no worries or cares
Regrets and mistakes, they're memories made
Who would have known how bittersweet this would taste?

Written down, they use a medial caesura like you'd find in Old English poetry--that mid-line pause is a pattern in most of the song ("you know / how the time flies," or "we were born and raised / in a summer haze"). Taken as they are sung, though?

Nothing compares,
no worries or cares,
regrets and mistakes,
they're memories made
who would have known how
bittersweet
this   would   taste

The tonal shifts absolutely drive the song, though, more than the rhythm does. There's a fairly self-assured and rejoicing tone to the final "never mind, I'll find someone like you" that contrasts the one prior to it. I can, without a doubt, see someone finding comfort after a break-up in this song.

How it went: As I said earlier, I've sang this song before: in the shower, in the car, and at karaoke. It's not a song I sing particularly well, but it is easier for me to adjust someone like Adele into my range than, say, Sam Cooke, for whatever reason. I would have preferred to warm up with something first--this is not a warm-up song--but I'm committed to getting these 50 songs out as quickly as possible. I may not have moved the crowd with it, but I had a slightly-better-than-average time doing it.

Adele is never an easy artist to emulate, and I certainly wasn't trying to emulate her. That said, this song isn't over-ripe with runs, or a major separation between its highest and lowest notes.

Again, this is a fantastic song. But is it fun? It has its places, surely, but it's fairly low-key. I nearly felt guilty for throwing off the vibe of a rowdy, raucous night.

It's a great song. It's a great karaoke song. But... greatest? In my head, that has to be reserved for songs with universal appeal, that can fit in the mood of any karaoke night. There are somber songs that don't feel as out-of-place as this does in the song list of a karaoke night. I'd argue that, more than ten years into her career, Adele is in that sweet spot of the average demographic make-up of a karaoke bar--as familiar to people in their 20s as to people in their 50s--but I may have argued the case for "Rolling in the Deep" or "Rumour Has It," if only for their tempo and energy.

I did, however, probably make some of the folks present uncomfortable, but perhaps not in the way the Time Out article suggests.