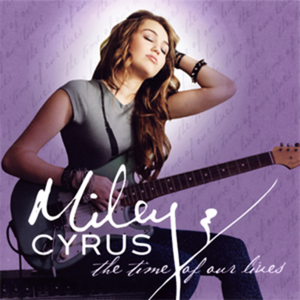 For every previous song in this list, I've started with a fairly pretentious connection to something outside the song, be it poetry, other songs, or other various things. That's kind of my thing. And I'm struggling for this one. "Party in the U.S.A." is without pretense--it's simply perfect pop.

That said, that doesn't mean it lacks complexity. The song is deceptively simple--it's in common time, 4/4, and fits as a perfect transition from her Hannah Montana songs to later works like "Wrecking Ball."  But that simplicity is why it works, and why it has worked since the 1950s--simplicity, obviously, not the song. When we think of "The American Songbook," the Tin Pan Alley songs that predate the rock and roll revolution, often times we're thinking of songs that were written for an educated elite--many of those songs got their start in Broadway musicals. Recording technology and radio (and later, television, and even later, streaming) changed how popular music worked. Simplified lyrics and melodies work for pop because they're infinitely catchy, singable and, sometimes, danceable. There's a reason that Lorenz Hart's most recognizable tune today is "Blue Moon and not, say, "Manhattan"*. Here are the openings to both:

"Blue moon, you saw me standing alone
Without a dream in my heart
Without a love of my own
Blue moon, you knew just what I was there for
You heard me saying a prayer for
Someone I really could care for"
-Lorenz Hart, 1934

"We'll have Manhattan
The Bronx and Staten
Island, too
It's lovely going through
The zoo
It's very fancy
On old Delancey
Street, you know
The subway charms us so
Where balmy breezes blow
To and fro"
-Lorenz Hart, 1925

I covered this idea two songs ago, with "Creep," but here's where this song succeeds where "Creep"... not exactly fails, but falls short of a hallmark of pop--

Seriously. I challenge anyone to listen to this and not have their mood elevated (if even just slightly. I may actually like the song more after singing it than I did before. Certainly, it touches on universal themes--we've all found ourselves in discomforting places and situations before, and most of us have found ways out of it. But, more than that: it's catchy. It's infectious. It's a full-on earworm of a song, and I love it.

But, in some respects, it leans more towards "Manhattan" than "Blue Moon" in the specificity of its references, which does make me wonder about it's longevity--the references to Britney and Jay-Z lock it into a place in time, so it's questionable if this sone would appear on a similar list in ten or twenty years.

How It Went: It went far better than I expected. At first, there was a sketchy looking dude who looked like he was glaring at me, but by the end, he was putting his hands up as I was playing his song--that, I suppose, is the power of Miley Cyrus.

The song isn't highly complex, and it easily shifts to accomodate any voice. Of all the songs in this series so far, it's the one I'm most confident that anyone can pull off at least adequately.

This song slaps, as the kids say.  I just felt better and more connected to the night while singing it. I even ended up "movin' my hips like, yeah" by the second refrain.

This is a full-chested, whole-hearted yes. I'm surprised I don't hear it at karaoke more often, but that may be due to the places I go more than anything else. I'm now adding it to my regular list of "I don't know what to sing, so I guess I'll sing this" songs.

* When I googled "Manhattan lyrics," it took me to a Sara Bareilles song, if that gives you any indication. I'm going to listen to that, as the lyrics are sound. 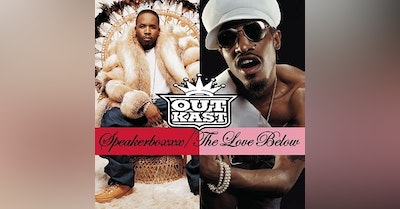