Time Out's Top 50 Karaoke Songs of All Time: (#47) "Everybody Wants to Rule The World" in the style of Tears for Fears 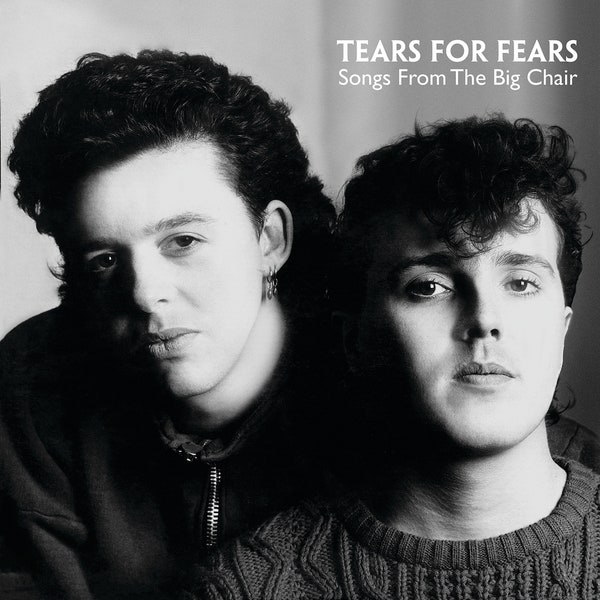 Title: "Everybody Wants to Rule the World"
Artist: Tears for Fears
Album: Songs From the Big Chair
Year: 1985

Released 20 years after the previous song on this list, "Everybody Wants to Rule the World" also came significantly later than the previous installment of this series, for one very important reason: I ended up catching good ol' Omicron, as singing in bars is definitely a questionable activity during a pandemic caused by an airborne virus*.

But the pandemic itself--even before all of my alcohol started tasting like rubbing alcohol--was a topic that was going to spring up when talking about this song. It's... it's just so on the nose for 2020 - 2022. Just as Tears for Fears' Curt Smith said, "the concept is quite serious. It’s about everybody wanting power, about warfare and the misery it causes." And if that doesn't feel relevant today, I don't know what does.

Listen. I'm not here to proselytize**. I've got very strong opinions on the matter and will gladly provide you some choice words if you get all your science knowledge from a guy who encouraged people to lick cockroaches for a chance at winning some money on the television. And, let's face it, as many precautions as I took, there were still more I could have taken. I gambled and lost.

But the song! As we beat onwards into whatever the rest of 2022 has in store for us, let's do it to "Everybody Wants to Rule the World" and it's 12/ 8 time signature. I won't say singing it feels plodding, despite the way the syllables fall before the titular line:

...but that rhythm is an absolute cadence. Each syllable is stressed and measured out as a marching order.

How It Went: Honestly? Not as well as I thought it would. There are so many songs I forget have high notes at parts. As usual, I muddled through.

High notes aside, anyone can do this and shift it to their range if they're familiar enough with it.

Admittedly, I'm a step behind on this, as I'm writing this more than a month after doing it. I felt like I had a good time doing it--and the '80s were a sweet spot for the crowd that night.

Maybe? Again, it feels timely again (just as Bad Religion's "I Want To Conquer the World" does, but I've never seen that in a karaoke bar), and New Wave songs definitely have a place at karaoke. My guess would have been Depeche Mode's "Enjoy the Silence" or "Personal Jesus," if we're thinking of that style, because I've seen a lot more of that at karaoke. But let's not forget that Smith did perform this song at karaoke, and no one in the crowd picked up on it or freaked out.

And I'm sure his performance was far better than mine was.

*     I swear, it is caution preventing me from moving on to the next song, and not knowing how bad I sound when trying Radiohead's "Creep."
**   That said, get your vaccines, your boosters, and wear a fucking mask, for fuck's sake.